In Azerbaijan, there are female names such as “It’s Enough”. This happens because of the majority who want a boy instead of girl-children. This problem puts Azerbaijan in second place after China regarding sex-selective abortion. This will cause a critical decrease in sex ratio. UNFPA’s official prediction for 2050 claims that newborn boys will be approximately 15.000 more than girls. In Azerbaijan, population gives more importance to boys because they think they got a major role in society such as leadership: the one who brings home money.

In our “Missing Girls” campaign, UNFPA required a project that captures all society. They needed a plan to create awareness about this situation. Also, one of the major banks of Azerbaijan, Kapital Bank, joined the campaign and we started activities on behalf of their request.

We used digital, OOH’s and influencer marketing. Also, we created a petition to end names such as “It’s enough”. In this stage, we worked cooperatively with the government too.

Our creative idea was to create awareness of the beautiful meanings of Azerbaijani female names. While focusing on this, we tried to remove discriminating names like “Kifayət / It’s Enough”. These names are the effects of a society that prefers boy-children to girl-children. That's the reason Azerbaijan is the second country in the world after China in sex-selective abortions.

We started this campaign within a request from UNFPA and Kapital Bank. UNFPA supported us with information while Kapital Bank created a strong OOH coverage including their branches.

Our target audiences are 20-40 aged fathers and mothers, and older people in regions of Azerbaijan whose education level is low and social stereotypes are strong.

Our campaign started with regional interviews. We asked individuals to see the actual facts of the problem. We caught effective reactions, as you can see in the case video. Our key visuals are the second part where we used different dimensions of being with a girl and without her. Also, we concentrated on strong headlines which focused on female names. We made photo shooting with girls and with their parents. Also, we strongly used social media with full elements. Finally, we used change.org to remove inappropriate and discriminating names from society. 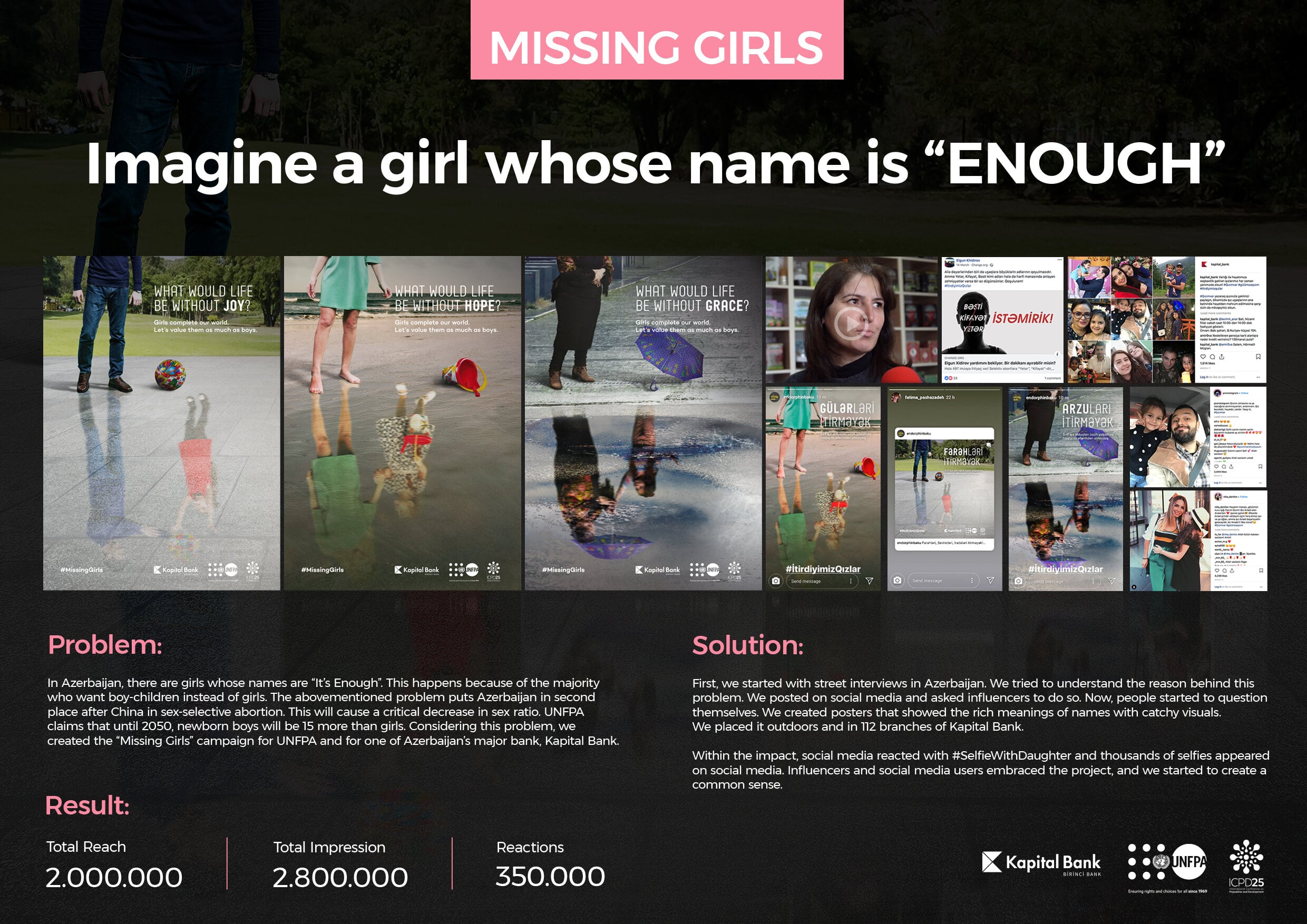 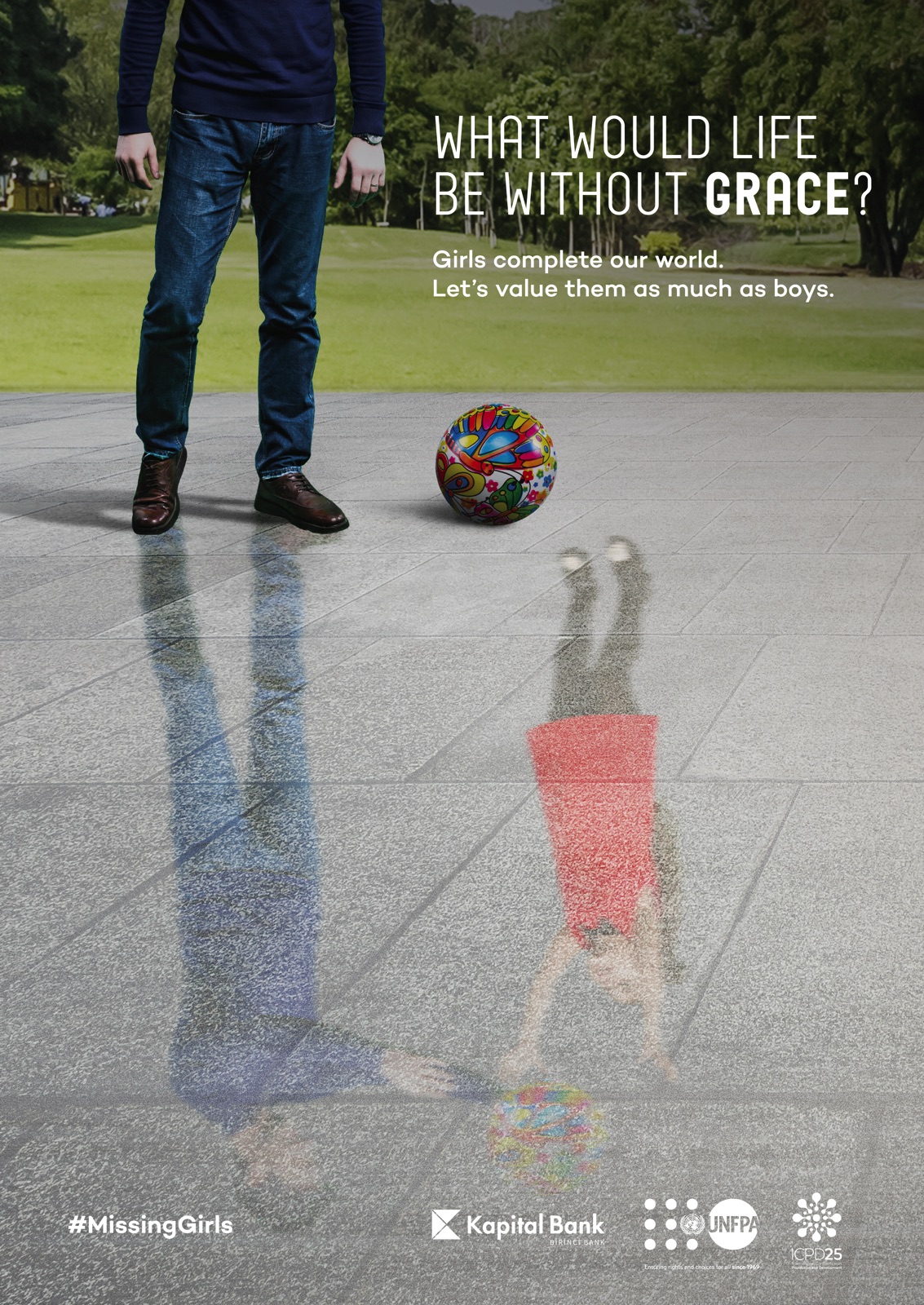 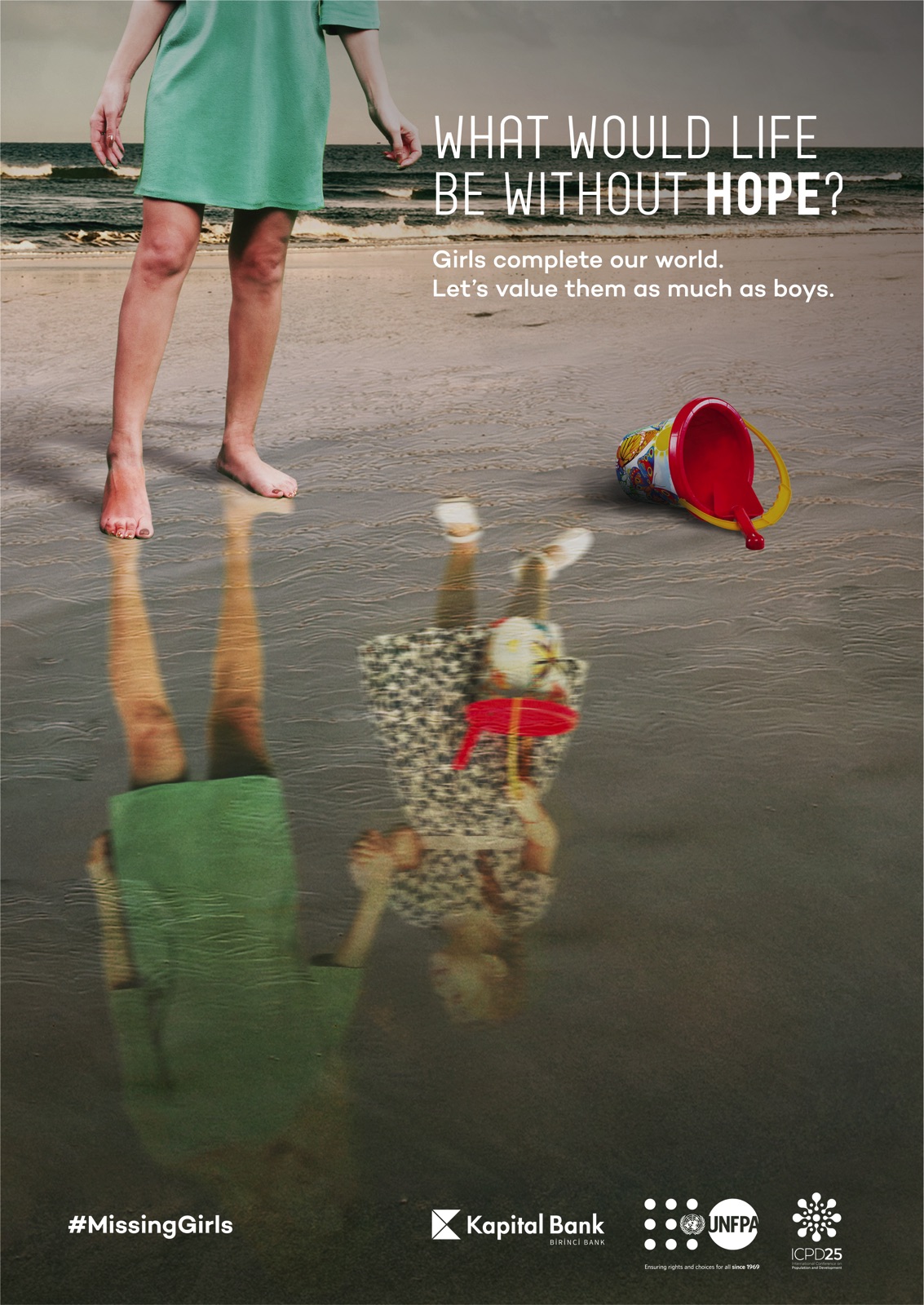 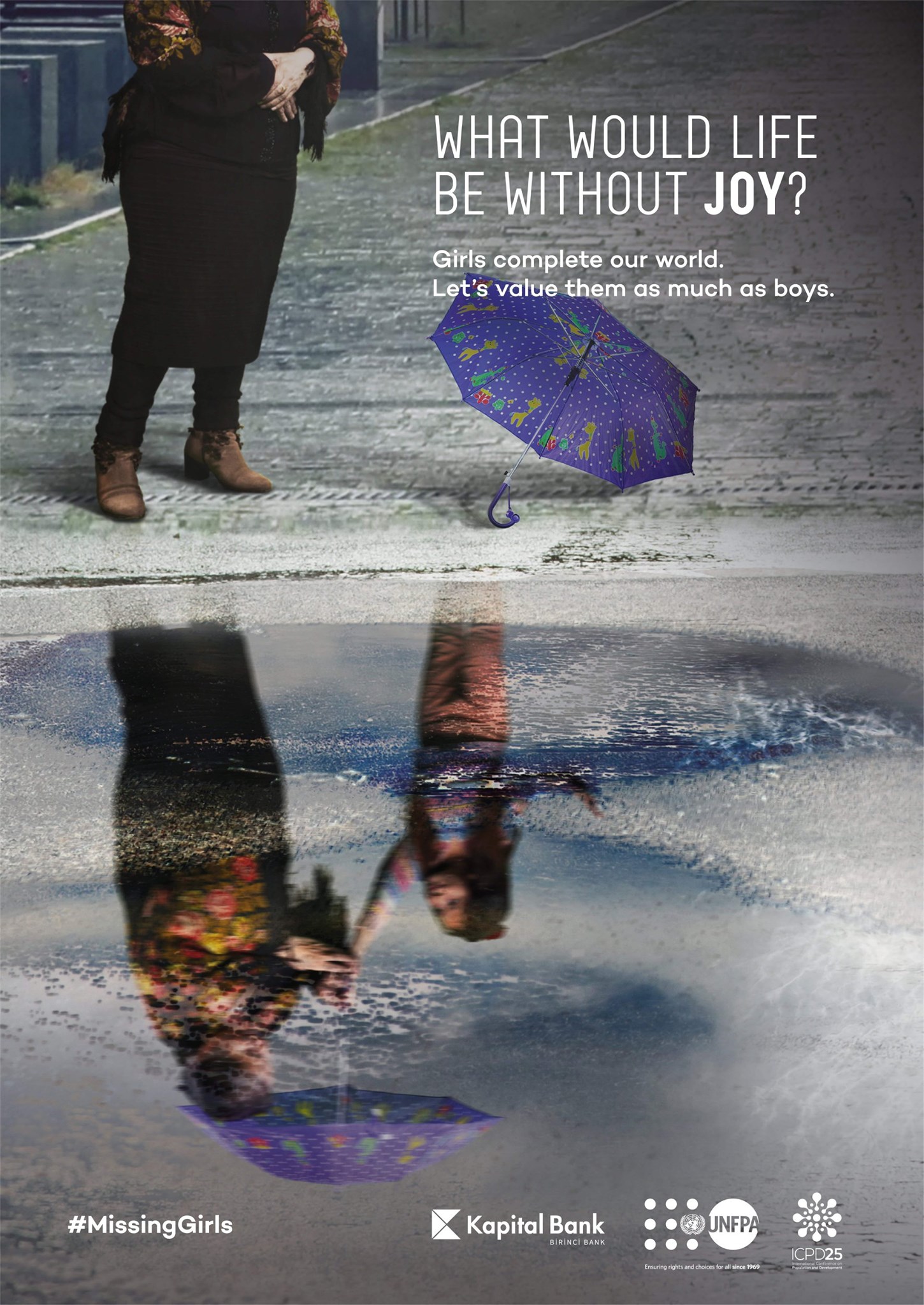